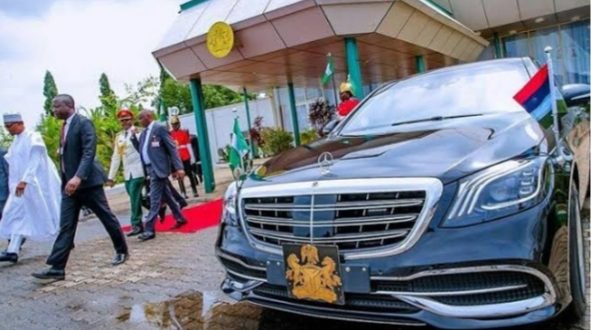 Non-critical and administrative capital spending has been banned by the federal government including the purchase of vehicles as part of its plan to cut governance costs.

Femi Adeshina listed eight key interventions in the sustainability report in a document titled “What you need to know about the Nigeria Economic Sustainability Plan” He also announced that the NESP seeks to extend the social investment programmes (SIPs).

The document was developed by the Economic Sustainability Committee (ESC) chaired by Vice-President Yemi Osinbajo and set up by President Muhammadu Buhari earlier in March to support the economy in the face of the disruptions and challenges of the COVID-19 pandemic.

Clarifying further on the ban, Adesina said ambulances, fire-fighting vehicles and other critical elements were exempted from the vehicle purchasing ban.

According to Mr. Adesina, “The president has approved the implementation of the Report on the Rationalization of government agencies. The NESP will also target a reduction in average production costs of crude oil. Also, the Integrated Personnel and Payment Information System (IPPIS) will be expanded to cover all Federal Government MDAs.

“Non-critical and administrative capital spending will be eliminated, including purchase of vehicles (except for ambulances, fire-fighting vehicles and other essentials).

“The implementation of the NESP will see an increase in the number of cash transfer beneficiaries, N-Power volunteers and sundry traders enjoying small and micro loans through the MarketMoni and TraderMoni schemes.

“The pre-existing conditional cash transfer will also be extended to cover a larger number of extremely poor and vulnerable Nigerians.

“It also provides for the negotiation of suspension of ISPO payments by States, moratorium on deductions in respect of bailout loans, and encourages States to attain the conditions outlined by SIFTAS and other World Bank programmes, in order to access external support.

“The ESC will also monitor implementation of the Plan while the Vice President will regularly brief the President on progress made.”