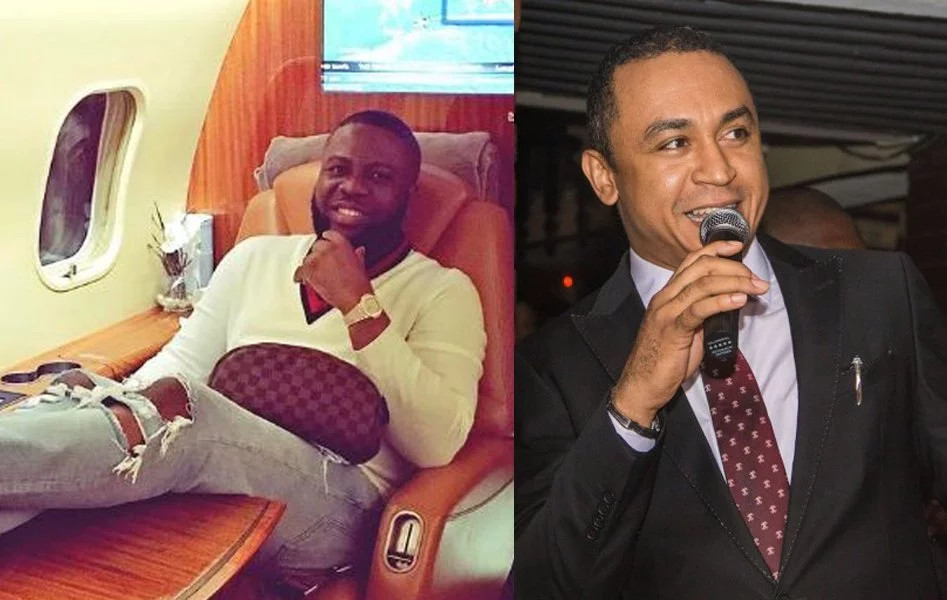 Daddy Freeze has fired back at his critics again, after they took to social media to call him out for dining with Hushpuppi after calling out Pastors.

Daddy Freeze recounted in the new video he shared on how he met the suspected fraudster who was arrested, and how he told him he was an influencer. He further disclosed that when they met Hushpuppi was never doing anything suspicious as he received calls from foreign fashion brands during their meeting.

The media personality, who maintained that he would not discriminate because Jesus never did the same, added that if he were a suspected criminal, he would never have hanged out with Hushpuppi. He also recounted how Hushpuppi never discriminated against him even though his friends (Daddy Freeze) turned against him and unfollowed him on social media sites after he started talking about Pastors.

After insulting Nigerians living an honest life while dining with Hushpuppi, Daddy Freeze said his jokes were coming off like that. It was meant for haters and internet trolls, he added, not for those who make an honest income.