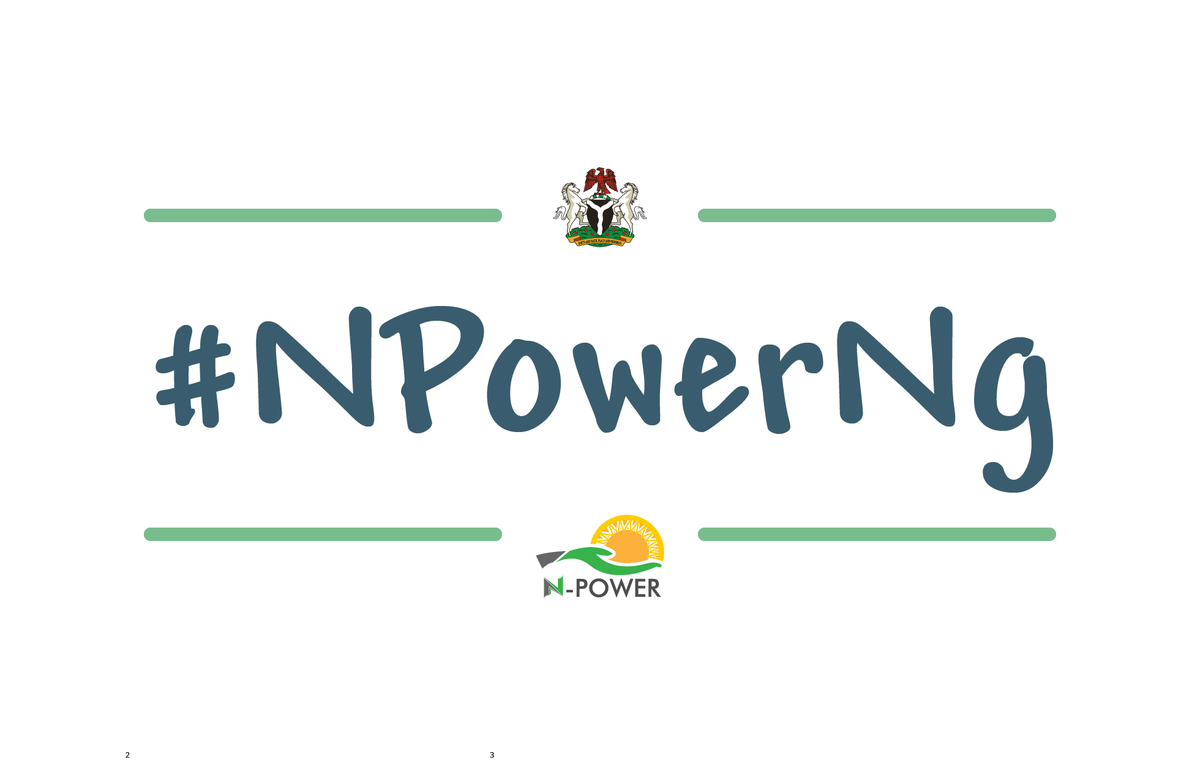 Hundreds of thousands of graduates enjoying the N30,000 monthly N-Power scheme from the federal government will be disengaged in the next two months, an official said.

Friday, the Federal government announced plans to disengage graduates of both Batch A and B enrolled in the N-Power scheme.

In a statement signed by the Deputy Director, Information, Rhoda Iliya, of the humanitarian ministry on Friday, she said the volunteers’ exit would begin on June 30 and July 31, respectively, for batches A and B.

The ministry also revealed that a fresh enrollment for a new Batch C volunteer which will be effective from July 26 would follow the disengagement of both batches.

The decision followed attempts to provide incentives for more Nigerian youth to gain access to the programme, the statement said.

“The Ministry has announced that Batch A will exit June 30, 2020 and Batch B will exit the programme on July 31, 2020. And the commencement of enrolment for a new batch of N-Power beneficiaries effective July 26, 2020,” the official said.

“The federal government is committed to the continuation and expansion and as such will now begin enrolment and onboarding of a new Batch of beneficiaries. Skills acquisition for entrepreneurship and job creation are critical for an economy that will require a boost post-Covid-19 and we are gearing up proactively for the challenge.”

It noted that the volunteers of Batches A and B are not qualified to participate in the new application process, adding that detailed information will be released in the coming weeks for the new batch.

The ministry also said applications will be conducted using a hybrid enrolment system to ensure all Nigerians have an opportunity to participate.

It added that there would be special considerations for people living with disabilities.

“The online portal would be open to receive applications from noon on June 26, 2020 and will provide a level playing field for all applicants. All applicants must supply their Bank Verification Number (BVN) in their application. This is to ensure a streamlined and transparent selection process.

“Once applications are submitted, the ministry will review submissions and publish a list of successful applicants,” Ms Iliya said.

The humanitarian ministry also said efforts are being made to ensure that the exiting beneficiaries are absorbed into government entrepreneurship schemes after “completion of psychometric assessment to determine competency and placement in various opportunities.

“We have commenced the transitioning of beneficiaries from Batches A & B into government entrepreneurship schemes and engaging private sector bodies to absorb some of the beneficiaries after the completion of psychometric assessment to determine competency and placement into various opportunities,” Ms Iliya said.

Maybe the federal government extended the program to May 2019 because of the February 2019 general elections. This was followed by indefinite extension now ending on June 30.

There had been controversy between Humanitarian Minister Sadiya Farouq and President Muhammadu Buhari’s Special Adviser on Social Investment, Maryam Uwais, over the Batch A volunteers’ exit package as each exchanged blame on who was responsible for the delay in disengaging the beneficiaries.

Under Mrs Uwais, the minister had blamed the National Social Investment Office (NSIO) for not having a viable plan to exit the beneficiaries.

In response, Mrs Uwais said her team had made ‘exit plans’ that had not been implemented before the program was transferred to the ministry of Ms Farouq. She also said Ms Farouq had been briefed on those plans.

The scheme involves thousands of unemployed graduates being deployed to schools and other institutions to work there while the government is paying them a monthly N30,000 stipend.