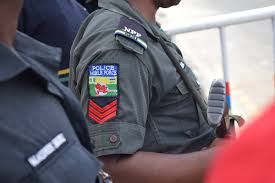 The Adamawa Police Command has confirmed the rescue of Ahijo Muhammad, the Divisional Police Officer (DPO) of Mubi Division, who was kidnapped a fortnight ago by unknown persons.

Sulaiman Nguroje, the command’s spokesman, announced the development to the News Agency of Nigeria (NAN) on Saturday in Yola.

“DSP Ahijo Muhammad, DPO Mubi North, was rescued from the hands of his abductors unharmed and healthy.

“The Command Anti Kidnap Unit is now investigating the matter with a view to arresting the fled kidnappers” Nguroje said.

NAN reports that Mr Muhammad was abducted about two weeks ago while travelling from Yola to Mubi.