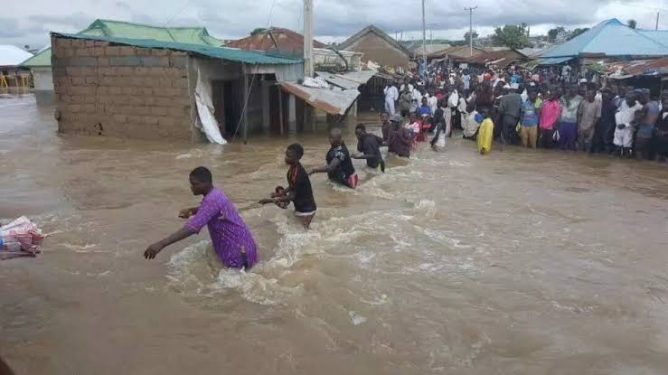 Tragedy struck residents of Aboru and Iyana-Ipaja in Alimosho area of Lagos on Saturday as flood swept away an 11-year-old boy and his rescuer, one Wasiu, into a canal linking Aburo and Iyana-Ipaja on Ige Road.

The News Agency of Nigeria (NAN) correspondent who visited the scene of the accident observed huge crowd wearing long faces due to the unfortunate incident that occurred following the overflow of the canal.

It was gathered that two young boys sent by their parents to buy cooking gas at a gas station unknowingly fell into the drain through which water passed into the canal.

“Three young men attempted rescuing the boys and succeeded in rescuing the older one, but one of the rescuers popularly known as Wasiu Stubborn was swept away while trying to rescue the other victim,” eyewitnesses told the NAN.

Speaking to NAN at the scene, Solomon Agboghoroma, a Community Development Association leader in Oki town, regretted the development, blaming the failure of the government to construct a bridge in the area for such incidents.

Mr Agboghoroma, who recounted the ordeals of landlords and residents of the area anytime it rained, said that there was the need to expand Aboru road and build a bridge at Cement Bud Stop to forestall recurrence of such tragedy.

“This rain started almost four or five days ago but the one of last night was one of the heaviest and it started at about 2:15 a.m. and by 3:15 a.m., it came with full force and everywhere was flooded.

“At about 7:30 a.m. or 8:00 a.m., we learnt that an OPC member, who was security guard in one of the gas stations here was carried away by flood while trying to rescue two children who came to buy gas, but fell into the drain.

“The gas station had not opened because of the flood as the whole place including the canal had overflowed its banks.

“The children misplaced their legs and the two of them fell inside the gutter. This OPC boy went and rescued one but in the process of rescuing the second child, he and the boy fell into the canal and that was the end,” Agboghoroma said.

He blamed the government for the tragedy, saying that several petitions had been written to successive governments in the state from the time of former Gov. Babatunde Fashola to the last administration of Gov. Akinwunmi Ambode.

“People have been dying in situation like this here and all landlords have tried, including raising almost N4 million for dredging of the canal.

“The government knows what to do when it is ready because this canal contract was award sometime in 2011 or 2012. When we taxed ourselves, Fashola came and commended us and promised palliative and government takeover.

Suleiman Adedokun, an eye witness and a shop owner beside the canal, told NAN that the rescuer, named “Wasiu Stubborn “, entered the drain to rescue the boy but the flood swept both of them away into the canal.

“Wasiu tried, succeeded in catching the second boy but his effort to come out of the drain proved futile as it was not easy for him due to the force of the water.

“It is the bad road and narrow culvert that caused these deaths because these two children that fell inside the drain didn’t know it was there as water covered everywhere,” Adedokun said.

A furniture maker, Gift Wejem, who decried the tragedy, said that flood had often swept away furniture, materials, machines and generator whenever the canal overflowed its bank.

Residents gathered on the road to sympathise with the victims

An officer of the Lagos State Neighborhood Safety Corps (LSNC), who spoke to NAN on condition of anonymity, said that the agency got the information at about 9:00 a.m. that flood carried away one Mr Wasiu while trying to rescue two children.

He said the LSNC had made efforts and called relevant agencies of government, who he said might arrive the scene anytime.

“We are trying to locate the parents of the children and also to contact the family of Wasiu,” the LNSC officer said. 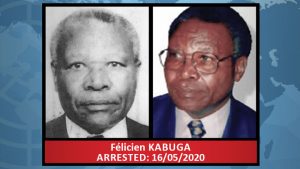 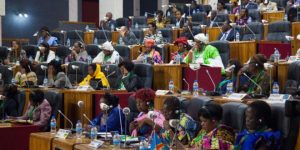 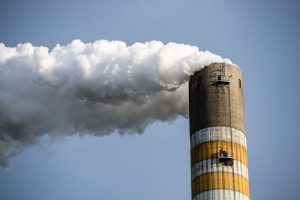