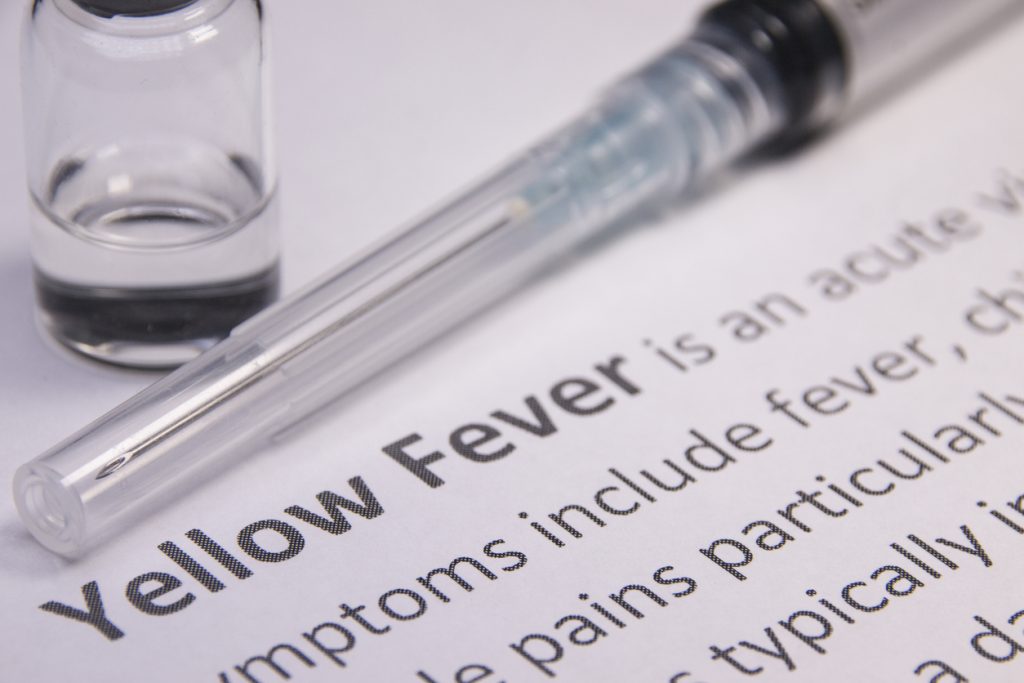 Nigeria’s Center for Disease Control (NCDC) has confirmed the outbreak of Yellow Fever in the state of Bauchi.

NCDC’s Director General, Chikwe Ihekweazu, said the office was first notified of the outbreak on August 29 in a statement on Friday.

He said the agency obtained a report from a laboratory in its network on a confirmed case of yellow fever in Kano State.

Also, on Thursday, the Bauchi State government affirmed the disease outbreak in the state.

The Executive Secretary of the Bauchi State Primary Health Care Development Agency, Rilwan Mohammed, said the Ministry of Health had a case of yellow fever linked to the Yankari Game Reserve.

The outbreak is also linked to the deaths of four students from the College of Education, Waka-Biu, Borno.

The students went on a field trip to Yankari Game Reserve as part of their course work in Bauchi State.

At least four persons were reported dead on Wednesday and 12 were hospitalized.

Three of the confirmed cases, according to the report, are Alkaleri Local Government Area (LGA) residents.

The fourth case is a tourist who visited Kano State and also visited Bauchi’s Yankari Games Reserve at the same LGA.

This outbreak is coming weeks after yellow fever outbreak in Ebonyi State has been reported.

Mr Ihekweazu said that subsequent studies led by the Kano State Epidemiology Team confirmed yellow fever outbreak. He stated that the confirmed case “was from a patient who visited the Yankari Game Reserve in Bauchi, in August with his father. The father died with similar symptoms before a sample could be collected and tested”, he said.

“Of the 95 Students that visited the resort (Yankari Game Reserve), eight of them developed symptoms and six had died as at the time of the report. The others are in a stable condition. Samples from these cases are being tested,” the NCDC said.

NCDC added that Bauchi had confirmed three more cases “due to intensive surveillance”. The three new cases are all residents of Alkaleri Local Government Area of Bauchi.

“Altogether, we can confirm four cases of yellow fever in people that either live in or have visited Bauchi in the last one month,” he said.

The NCDC said it has been working with state epidemiologists and the country office of the World Health Organization to explore these incidents since it was notified.

“We have deployed a rapid response team to support Bauchi State to carry out further in-depth investigations, including case finding, risk communications, and support the management of cases.

“Samples of the other suspected cases from Bauchi and Borno states are currently being transported to the NCDC National Reference Laboratory in Abuja for further testing,” it said.

Mr. Ihekweazu said as part of the regular childhood immunization schedule, the yellow fever vaccine is accessible free of charge in all primary health care centers in Nigeria.

“We encourage every family to ensure that children receive all their childhood vaccines.

“In addition to the vaccine, the public is advised to keep their environments clean and free of stagnant water to discourage the breeding of mosquitoes and ensure the consistent use of insecticide treated mosquito nets, screens on windows and doors to prevent access for mosquitoes.

“Hikers, park visitors and people engaged with activities in the wild are also encouraged to be vaccinated against yellow fever.”

There is no transmission of the virus from human to human. Yellow fever is a disease that can be prevented from being completely vaccinated and a single shot of the yellow fever vaccine protects for a lifetime.

The yellow fever symptoms include eye yellowness, sudden fever, headache, and pain in the body.