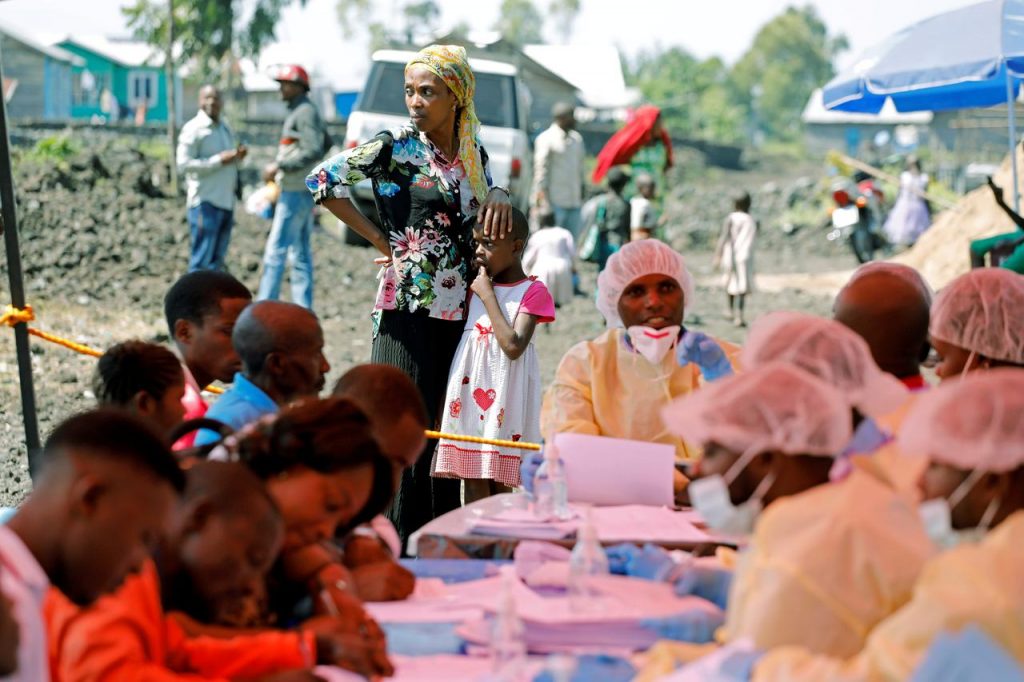 Two cases of Ebola have been confirmed in the Democratic Republic of Congo’s Southern Kivu Province. The cases are the first in the province to border Rwanda to the south-west.

According to the World Health Organization (WHO), the victims are a mother and her child who are in Mwenga, a place that is more than a 5-hour drive from Bukavu, a town on the Rwandan border and the DR Congo.

WHO says the alert was raised on Thursday night, and the response teams were soon on the ground ready to provide treatment, start tracking contacts, and start vaccination.

“A mother and her child have been confirmed with Ebola in Mwenga, South Kivu. These are the first cases in this province. As soon as the alert was raised last night, response teams were on the ground ready to provide treatment, start tracing contacts and begin vaccination,” read a tweet from the WHO’s official handle.

Tedros Adhanom Ghebreyesus, the World Health Organization’s Director-General, said in a tweet that the two people were traveling from Beni to Mwenga in South Kivu.

He said the news has sparked a rapid response from the Democratic Republic of Congo’s Ministry of Health, the WHO and partners to provide treatment, identify all contacts, raise community awareness, and start vaccinating.

The cases come after recent positive news about five days ago when two drugs being tested looked to be more effective in treating Ebola.

It was found that more than 90% of those infected can survive if treated early with the two most effective drugs called REGN-EB3 and mAb114.

At the end of July, a few days after the first Ebola case was detected in Goma, the WHO called the outbreak a Public Health Emergency of International Concern (PHEIC), urging the international community to step up its support.

PHEIC is a formal declaration of an extraordinary event by the UN agency in charge of world health issues, which is determined to pose a public health risk to other states through the international spread of disease.

According to WHO statistics, Ebola has claimed more than 1,888 lives in the DR Congo .

There are currently no cases of an epidemic outside the DRC, although some 3 victims died in June in Uganda.

The region continues to take measures to ensure that the disease does not spread. Rwanda and the DRC agreed earlier this month to establish a joint roadmap for cross-border activities to combat the Ebola virus disease (EVD) epidemic.

Rwanda’s health ministries, the DRC, and latest Burundi have embarked on vaccination campaigns against Ebola virus disease for front-line staff.

Commenting on the new Ebola drugs, Malic Kayumba, head of the Rwanda Health Communication Center, told The New Times that despite the good news, their advice on prevention measures stands.

“The most important element in prevention is that we must all continue to be careful and up our prevention measures; avoid shaking hands, wash hands as much as possible, and stay away from the affected red zones,” he said.