Skip to content
1.
Temporarily remove the resistance (called load resistance RL)
whose current is required.
2.
Find the open circuit voltage (VOC) which appears across the
two terminals from where resistance has been removed. This is also called
Thevenin’s voltage (VTH)
3.
Compute the resistance of the whole network as looked into from these
two terminals after all voltage sources have been removed leaving behaving
their internal resistances (if any) and current sources have been replaced by
open circuited i.e. infinite resistance. It is also called Thevenin’s
resistance (RTH or RO)
4.
Replace the entire network by a single Thevenin source whose voltage is
Vth or Voc and whose internal resistance is RTH or RO
5.
Reconnect RL back into its terminals from where it was
previously disconnected.
6.
Finally, calculate the current flowing through RL by using
the equation
I = VTH /
(RTH +RL)
Various calculations using Thevenin’s theorem
Example 1
By applying Thevenin’s theorem to the figure below 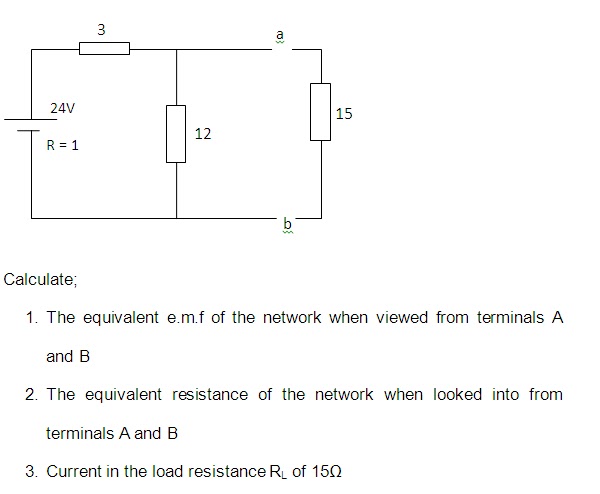 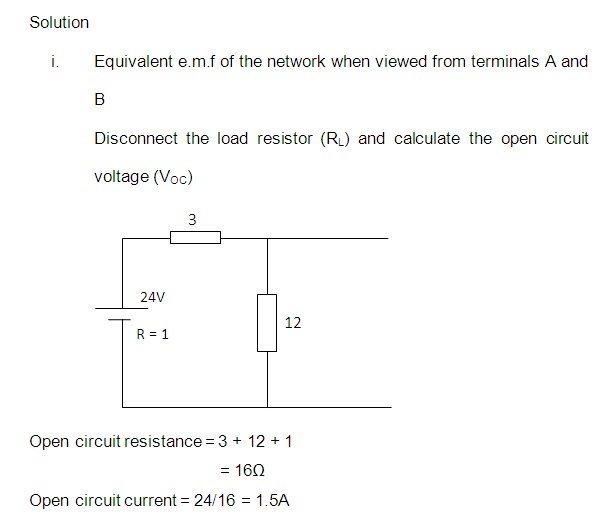 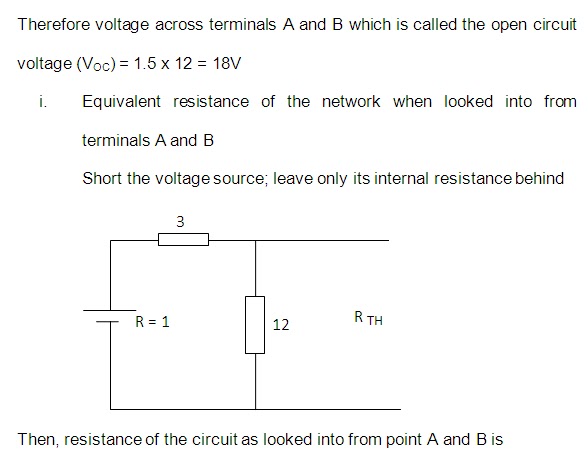 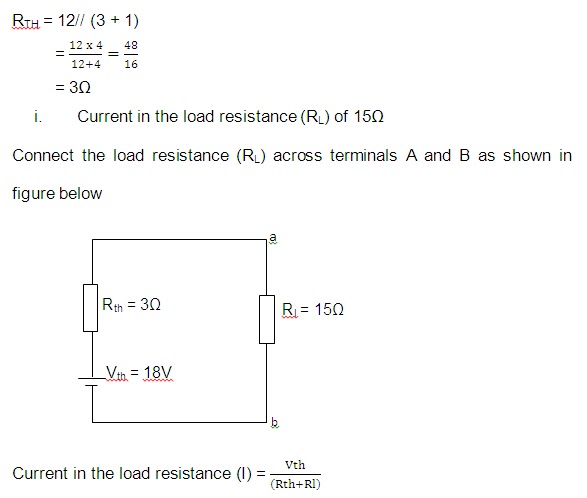 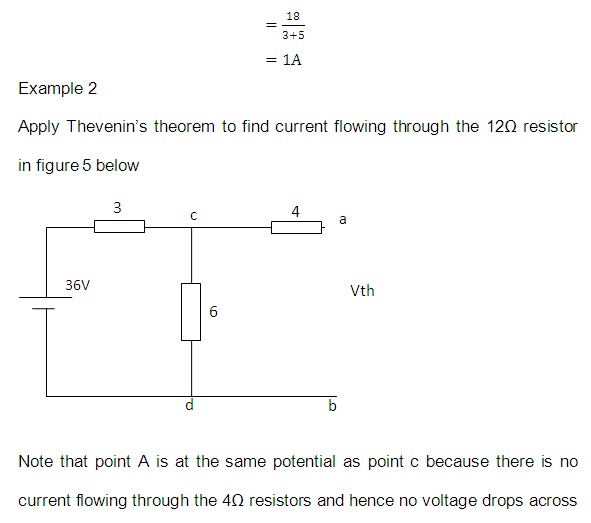 it. As seen from figure 6, Vth = drop across 6Ω
resistor due to the current set by the 36V battery. 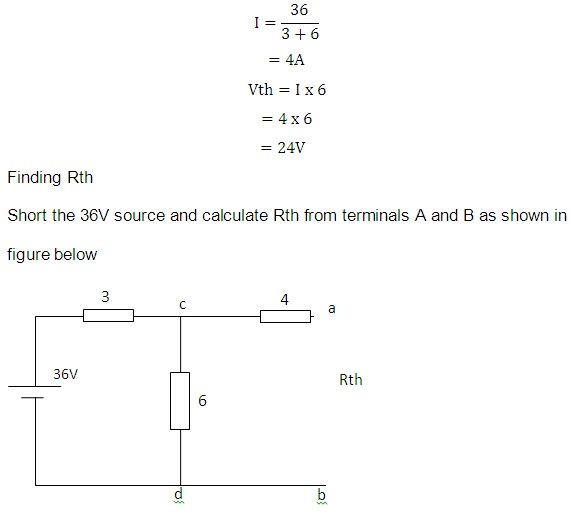 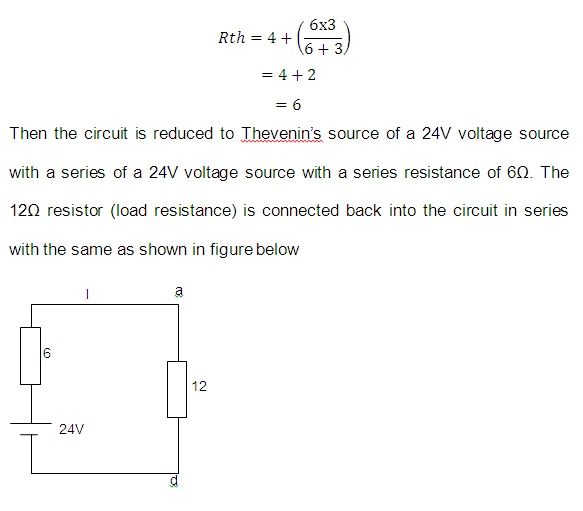 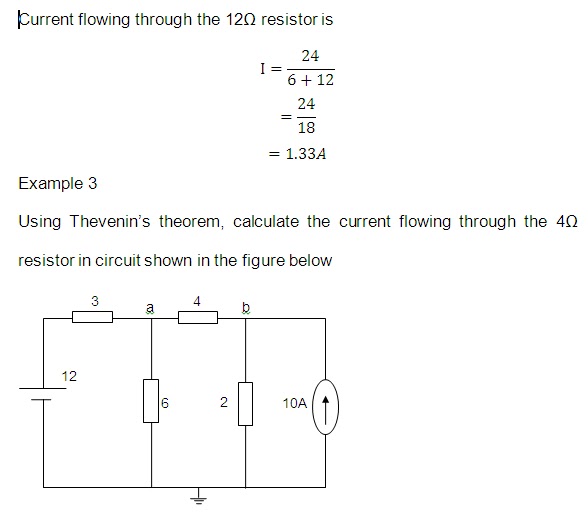 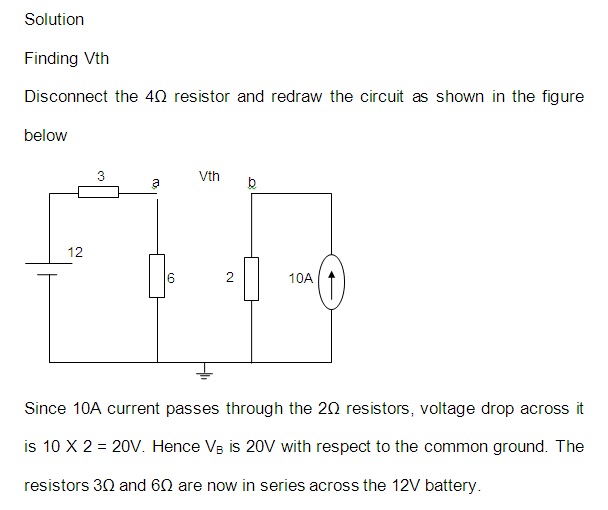 Related Topic  Konnecting Pty Ltd Boilermaker/Welder Job Vacancy in Australia
Hence, voltage drop across 6Ω resistor
= (12 X 6)/
(3 + 6)
= 8V
∴VA = 8V with respect to the common ground
VTH = VBA = VB – VA
= 20 – 8 = 12V ———— (with b at a higher potential)
Finding RTH
To find RTH, i.e. equivalent resistance
of the network as we looked back into the open circuited terminals A and B. For
this purpose, we will replace voltage has no internal resistance, it would be
replaced by a short circuit i.e zero resistance. However, current source would
be removed and replaced by an ‘open’ i.e infinite resistance. In the case, the
circuit becomes as shown in the figure below 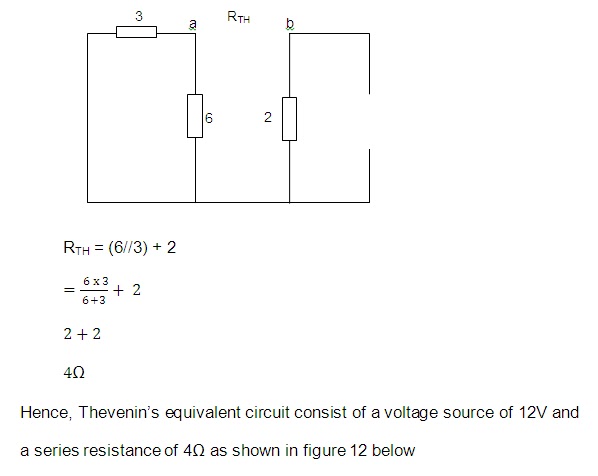 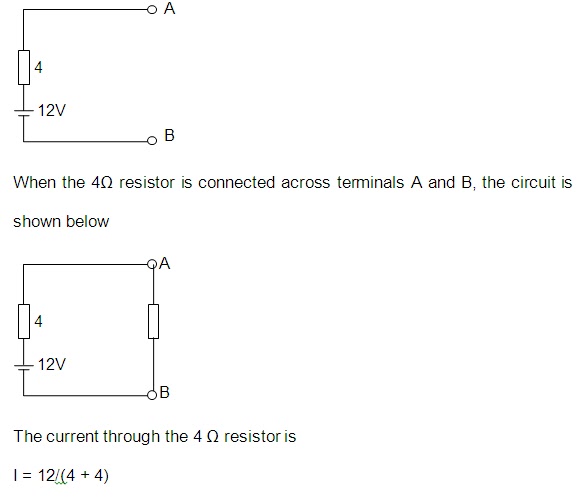 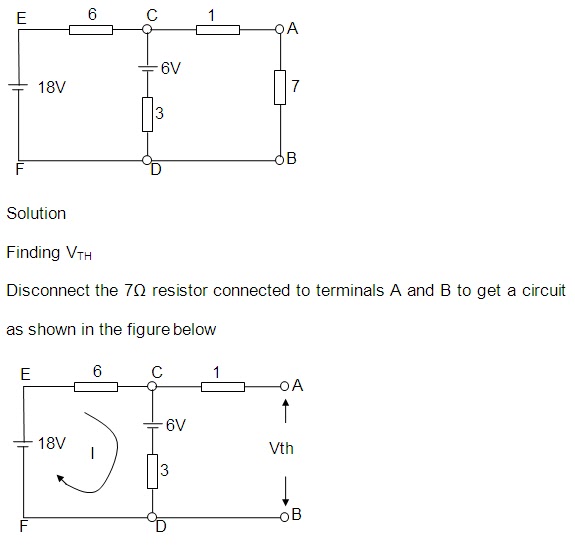 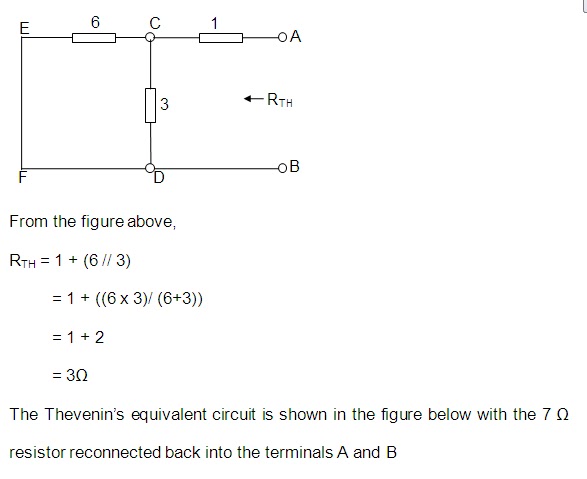 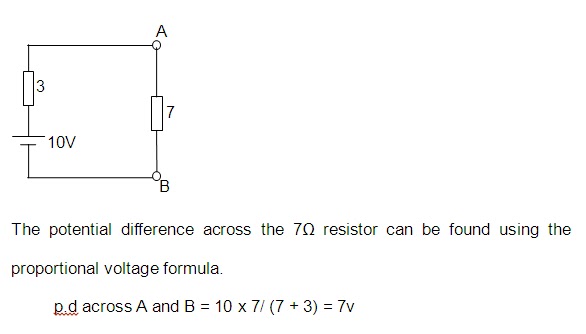 BUY US A CUP OF COFFEE